Home » High Priced Toys » Pocket Knife Made Of Meteorite Worth Every Penny Of $5,200 Asking Price

Pocket Knife Made Of Meteorite Worth Every Penny Of $5,200 Asking Price

A pocket knife made of meteorite is, dare we say, an out of this world accessory that will be the envy of every chef.

Chef Anthony Bourdain made the knife-made-out-of-meteorite thing cool when he featured the unique tool on the fourth episode of his web series. If you’ve been longing for your own ever since but haven’t been able to find it, look no further. L’atelier Perceval, or “The Perceval Workshop”, is a French company that specializes in creating speciality knives and is now selling its own knife made of meteorite. Hypebeast.com says:

The folding knife that evidences concentric circles on the blade (denoting the Damascus steel) has been coupled with a handcrafted meteorite handle, polished and finished in the brand’s Theirs workshop

It’s called the L08 Damascus and this pocket knife made of meteorite can be yours for $5,200. If that price seems a little steep, you can find comfort in the fact that the unique tool comes with a lifetime guarantee. You’re on your own for the $119 Ostrich leather sheath, though. 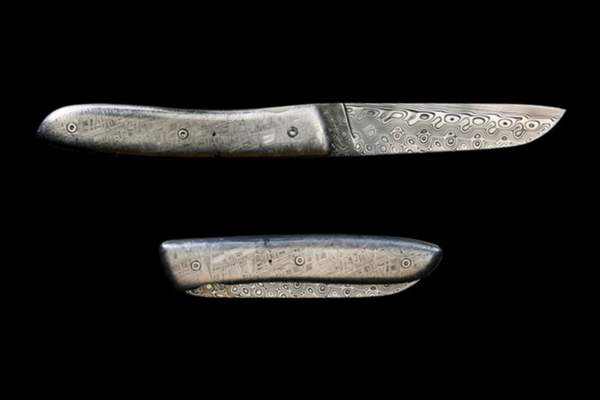 A Pocket Knife Carved From a Meteorite | Hypebeast

Most Expensive Yacht: Billion Dollars Worth Yacht Was Bought Anonymously

David Freese Net Worth: What is this Ex American Baseball Player Worth

Kendall Jenner Net Worth: What is the Worth of World’s Highest Paid Model?

George Clooney Net Worth: The Legendary American actor is worth Half a Billion

Sean Penn Net Worth: What is the worth of this Academy Award Winner?

Victoria and David Beckham Net Worth

Tom Cruise Net Worth
FIND US ON