The sensational couple Kylie and Travis, who shares a three-year-old daughter, separated in 2019. It’s been more than a year that the couple has stopped dating each other. However, they are truly amicable co-parents for their three-year-old daughter Stormi. The daughter could heat up the frozen relationship, which may eventually lead to the point of reconciliation. According to sources, both of them are still madly in love. The couple is together every time, and it seems like there’s a lot of love that is sprinkling around them.

In March 2020, Jenner spoke about her relationship with Travis to a media outlet and said they had such a great relationship. She further added that we are like best friends. Kylie also said that we want the best for our daughter Stormi. The beauty mogul also added that we stay in touch and coordinate. The couple broke up due to their different priorities and trust issues. The relationship between them is going through a rough patch, but they are truly madly in love. The differences between them started when Kylie found text messages of another girl on Travis’s mobile. He was also texting another girl on Instagram. The rebuilding of trust between them is hard. Both of them also have busy schedules. However, they are amicable co-parents and taking care of their daughter. The couple was also together at Stormi’s birthday party.

Why Kylie Jenner & Travis Scott aren’t dating despite being madly in love, the couple has stopped dating each other for more than a year, but they still have space for each other in their hearts. Their daughter Stormi is bound that could eventually lead them to reconciliation. Their faces also light up when they see each other, and both of them are happy together. Moreover, Travis and Kylie aren’t dating anyone else at the moment. They are spending time together for Stormi and aren’t ruling out the possibility of getting together. The duo isn’t putting pressure on their relationship. 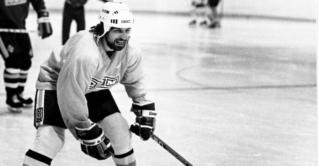