Hailey Baldwin Net Worth 2020: What is this model worth?

Hailey Baldwin is an American model and TV personality who has recently made headlines around the world as she got married to pop star Justin Bieber. Before she became known as Justin Bieber’s love interest, she was known to be the daughter of Hollywood actor Stephen Baldwin. She has managed to make a career for herself in a short time and will no doubt become a household name herself in the years to come. So what is Hailey Baldwin Net Worth in 2020? What are Hailey Baldwin’s salary/earnings? Read on…

Justin Bieber’s fans have blasted model Hailey Baldwin Bieber on social media for showing off her wealth. The star retaliated by saying she had the right to be grateful for the little things in her life. This made us wonder how much is Hailey Bieber worth? Her father and uncles are Hollywood stars in their own right, so her own family is quite wealthy, and so is her husband, but what is the model’s actual worth? That is what we’re answering below.

Who is Hailey Baldwin? Those of you who have been living under a rock and don’t know who she is, well be prepared to enter the world of pop culture phenomenon. Hailey Baldwin parents are also famous in their own right as the model is the daughter of Kennya and Stephen Baldwin. Remember the famous Baldwin Brothers? Those are Hailey’s uncles (it runs in blood)! In her late teens, she started hanging out with all the ‘it’ girls like the Jenner’s and the Hadid’s. Later, she followed her dream of modeling and has been working ever since. If you are wondering how old is Hailey Baldwin then guess what? She’s just 22 and worth over $2 million.

The model and budding actress (being Mrs. Bieber is also a full-time job) is now a sought-after face for high street brands. Baldwin-Beiber has starred in campaigns for Guess, H&M, Topshop, Adidas, Sonia Rykiel, and Ralph Lauren — to name just a few. Hailey has graced the covers of top-shelf magazines like Vogue, Marie Claire, and Elle Greece, and has also walked the runway for Dolce & Gabbana, Tory Burch Elie Saab, and more. Oh, and that’s not enough— she also co-hosts a TV show. In our opinion, Hailey has earned the right to flaunt her life on the Hailey Baldwin Instagram.

Hailey Baldwin was born on November 22nd, 1996 in Tucson, Arizona, U.S. She is the daughter of Stephen Baldwin who is her father and Kennya Deodato Baldwin who is her mother. Her mother is a Brazilian with Irish and Portuguese descent. As for Stephen Baldwin, he has English, Irish, Scottish, French and German descent. Therefore, she is multi-racial thanks to the makeup of both her parents. Her good looks allowed her to become a model.

However, when she was younger, the young model actually wanted to become a famous classical ballet dancer. Sadly, her dreams of becoming a professional dancer got halted thanks to a foot injury that stopped her from training. It wasn’t until the year 2014 did she start her modeling career at the tender age of 18. She got her start in magazines such as Tatler, LOVE, V, and i-D. In the same year, she also modeled for the French Connection clothing brand. Also for Love Magazine, she shot a short movie for them which was eventually released on YouTube for everyone to watch.

Continuing on from her successful modeling career, she started shooting photos for Vogue and Teen Vogue. Along the years of 2015 until 2017, she was seen in lots of publications and outlets. She even got to model alongside supermodel Rosie Huntington-Whiteley for a UGG footwear campaign. Most of her wealth comes from her modeling career, but she has dived in other mediums. She has appeared briefly in other TV shows such as a cameo in Saturday Night Live and in the television documentary Livin It: Unusual Suspects. The model also appeared in several music videos from pop musicians over the years too. More recently, hosting is also a career path she has taken. Her first hosting gig was for the 2015 MTV Europe Music Awards, and then a year after that she hosted the 2016 iHeartRadio Much Music Video Awards. In 2017, she hosted the Drop the Mic show where celebrities rap battle with one another.

In all, we estimated Hailey Baldwin net worth in 2018 at $2 million.

We will overview, Hailey Baldwin Net Worth in the last couple of years.

Hailey Baldwin has been pretty successful thanks to her modeling and hosting gigs, but her wealth and popularity is expected to grow over the coming years. Her wealth has increased a lot once she marries Justin Bieber as he has a net worth of an amazing $265 million. Before she tied the knot though, we calculated her own wealth in 2018, and it was much smaller than her soon-to-be future husband.

According to sources, her estimated net worth is reportedly around $3 million in 2019. While in 2020 the netw orth is estimated to be around 3.5 Million. When compared to the highest paid model in the world — Kendall Jenner, who was reported to make $22 million in 2018 — $3 million might seem like peanuts. But Hailey is still an emerging star in the industry, and her star power has risen especially after her marriage.

Hailey and Justin Bieber Net Worth: How Much Do The Biebers Have In The Bank

Now that they’re officially the Biebers and tied in holy matrimony, how much money does the couple share in the bank? (Since, according to sources, they did not get a prenup. Oops!)

Justin Bieber’s net worth is much higher than his wife’s mere $3 million. The crooner has released five chart-topping studio albums and 29 hit singles after being discovered at the tender 14 years old on YouTube by manager Scooter Braun.

His earnings only went up with hits like, “As Long As You Love Me,” “What Do You Mean?,” and “Friends.” According to Money Nation, his Purpose and My World album sales earned him around $3 million each.

But that’s not where big money’s at, the Biebs’ Purpose Tour earned $250 million in ticket sales, which adds to most his $265 million net worth.

Guess what? Mrs. Bieber has access to her husband’s millions. Are you jealous yet? According to our estimate, the combined net worth of Mr. and Mrs. Bieber is around $268 million. The two are so in love that Hailey penned a sweet love note for Justin Bieber.

Omarosa Manigault Net Worth 2018: How Much Did The Former White House Reality Star Make 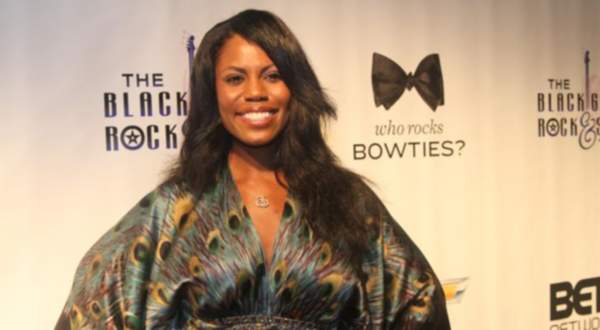 Daniel Cormier Net Worth 2018: What is this UFC/MMA fighter worth? 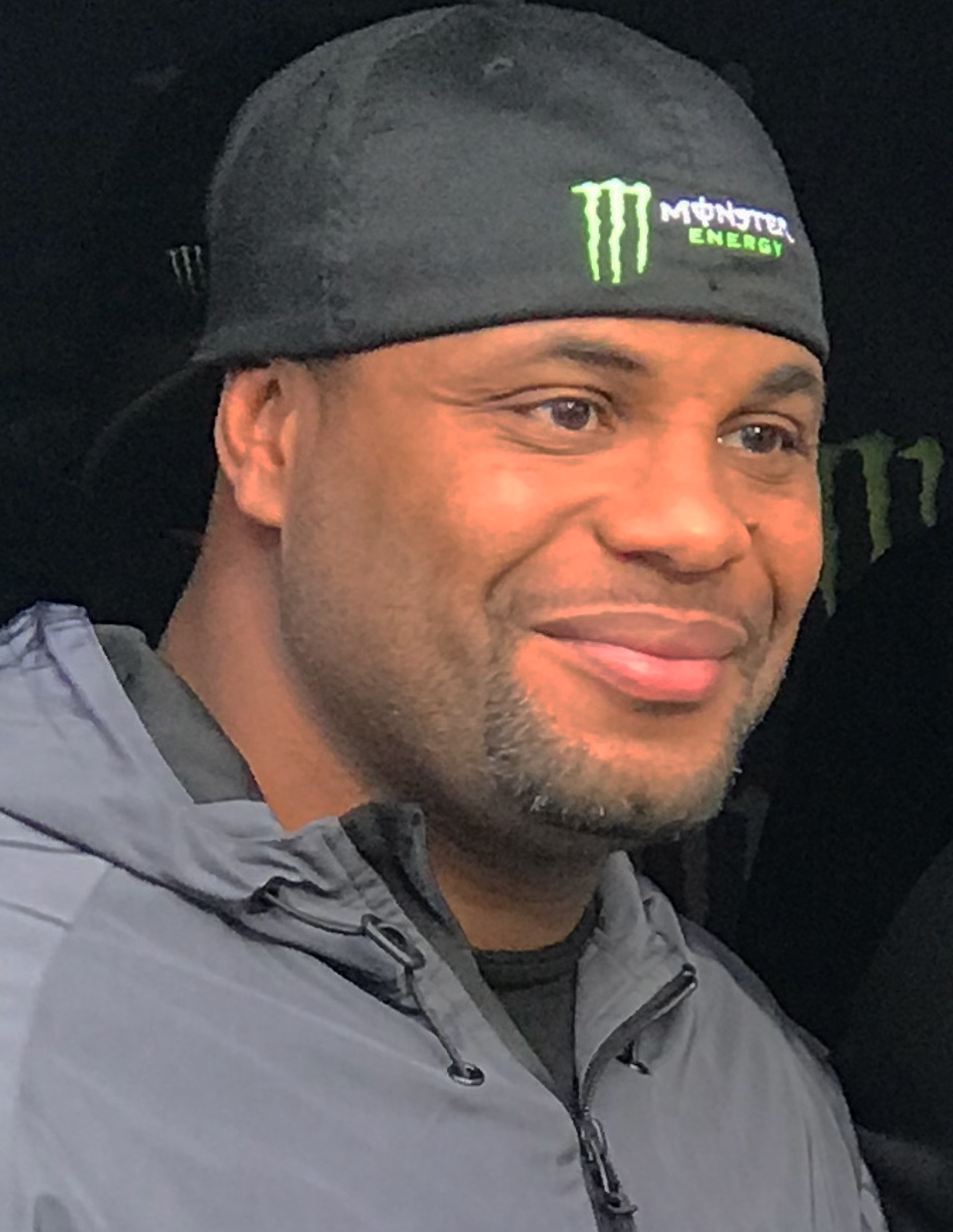 Khloe Kardashian Gets Engaged to Beau Tristan Thompson?
FIND US ON
Net Worth