Vic Mensa isn’t up there with Kanye West or Jay-Z when the conversation about hip-hop’s finest comes up. Yet. He’s a rising star with a lot of talent and that’s why we decided to look at the Vic Mensa Net Worth in 2018. 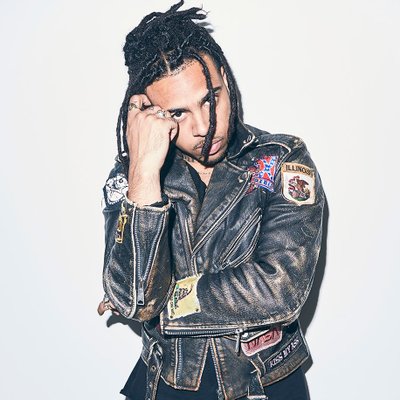 (Vic Mensa Net Worth Below)

Vic Mensa released a debut project titled The Autobiography in 2018. The piece would go on to receive plenty of media attention for its raw realness, stories and the wonderful production.

Let’s not forget that Jay-Z was the executive producer for the project as well. Though, Mensa had been releasing singles and EPs much earlier than 2018.

He was also part of the band Kids These Days and has collaborated with highly successful artists such as Chance The Rapper. Jay-Z has been on record to say that Mensa is a “once in a lifetime artists.”

He did precede The Autobiography with an EP titled The Manuscript. It served as a precursor to what would be one of the best debut albums to come from a young ROC Nation artist.

Though he is young, his roots lie in some pretty old hip-hop legends.

“I started listening to hip-hop through KRS-One,” Mensa said in an interview with Power 105.1’s The Breakfast Club.

“I didn’t like hip-hop before that. I didn’t really understand: I didn’t understand the attitude, I didn’t understand the aggression. Around the time I was 11 years old, I started getting pushed around by the police, then I’m like, ‘I identify with this, I understand this.’ I found KRS-One, ‘Step into a World,’ through a Zoo York skateboard mixtape, with the legend Harold Hunter. … That was the first hip-hop song that I really connected to myself.”

So, how much is Mensa worth at the moment? After looking at his assets, salary, album sales and expenses, we estimate the Vic Mensa Net Worth to be approximately $3 million. Though we expect this to grow exponentially.

XXXTentacion Net Worth: What Was This Rapper Worth Before His Death

Jake Paul Net Worth – How Much is Jake Paul Worth?
FIND US ON
You may also like