Most Expensive Tattoo In The World

Tattoo prices can range anywhere from $100-$2000 depending on size, number of colors used and even the location on the body. But what makes the most expensive tattoo cost almost 1 million dollars?

This expensive diamond tattoo was a marketing gimmick by the jewelry retail store Shimansky of South Africa. The luxury store has eight stores in South Africa and four international stores.

In 2010, during the FIFA World Cup held in South Africa, the retailer marketed the to visitors by creating a ball fully encrusted with diamonds. It consisted of 2,640 black and 6,620 white diamond stones.

In total, the ball weighed 3,500 carats or 2.2kgs. The ball garnered so much attention, Shimansky moved on to the human body as a canvas for its diamonds. 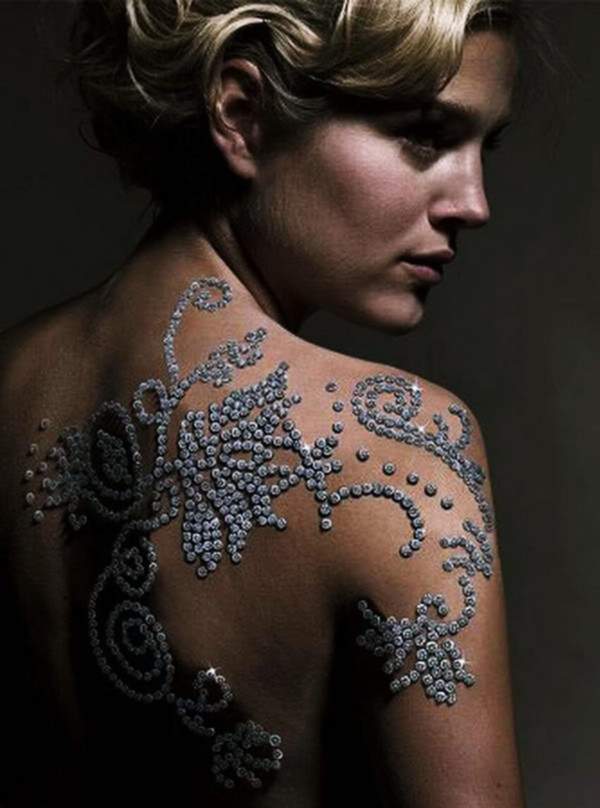 Putting diamonds on someone’s skin is definitely not an easy job, it took the best of the best. Minki, the model in the photo, had to endure over eight intense hours of “tattooing” as artists carefully adhered each stone onto her skin with a water adhesive.

Each of the 612 stones had to be attached onto her skin one by one. Water adhesive was chosen for the world’s most expensive tattoo to ensure that the diamonds didn’t fall off but also didn’t get permanently attached to her skin.